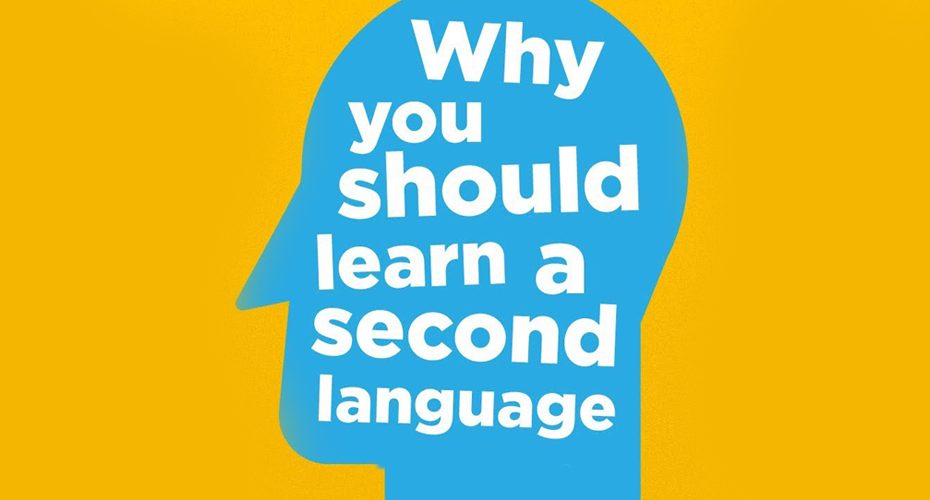 The Importance of Learning a Second Language

There is an old expression that says:

My friends always ask me, «Why do you want to learn another language?»

«You are retired and it is too difficult to learn another language when you are an adult.  Also, English is the language of business and everyone speaks English.

Relax, enjoy your retirement, and learn to play golf. «

All of the advice of my friends may be true, but for me their advice does not make sense.

To me, there are three important reasons for learning another language.

Reason Number One: It is good exercise for the brain.

When my mother had a stroke, her doctor told her «it is important for you to exercise your brain.»

And the doctor replied, «learn another language.»

My mother said, «I’m from Switzerland and I speak four languages»

And the doctor replied, «learn another!»

Charlemagne – Who was the king of the Franks during the Middle Ages, said:

«To have another language is to possess a second soul»

In my opinion, the soul of a country is its culture.

When I traveled in Spain, Mexico and Costa Rica I loved the culture of Spanish speakers.  Spanish speakers always seemed warm and friendly to me, and I liked the way they talk with their hands and freely give hugs!

I was born in Canada and I am also a citizen of the United States, and unlike the Spanish-speaking people I met, I’m a bit shy and a bit introverted, additionally I’m comfortable in my personal space.

In Costa Rica when I lived with a family for three weeks, at dinner I always sat next to the father of the family. And when we talked he always held my arm.  They always made me feel like I was part of the family.  I really enjoyed that experience.

«If you talk to a man in a language he understands, that goes to his head.

If you talk to him in his language, that goes to his heart. «

I am always surprised at the reaction I receive when I speak Spanish to a Spanish speaker.  I assume that they think I am American and assume that I only speak English.  However, when I start speaking in Spanish they change their expressions and try to help me with my words and grammar.

One weekend when I was in Costa Rica I went to the countryside to explore some parks.  When I arrived at the countryside, I went to a restaurant that had long tables with lots of people who were talking and laughing.  No one at my table spoke English, and no one tried to talk to me.

After a few minutes I introduced myself to them in Spanish and immediately I was the center of attention at the table.  Everyone wanted to understand why I was learning Spanish in Costa Rica, and what I thought about their country.

Mr. Toastmaster, my colleagues and guests

To summarize, there are three reasons why a second language should be learned

1. It makes you smarter,

2. You can experience another culture,

3. It makes you more popular in restaurants.